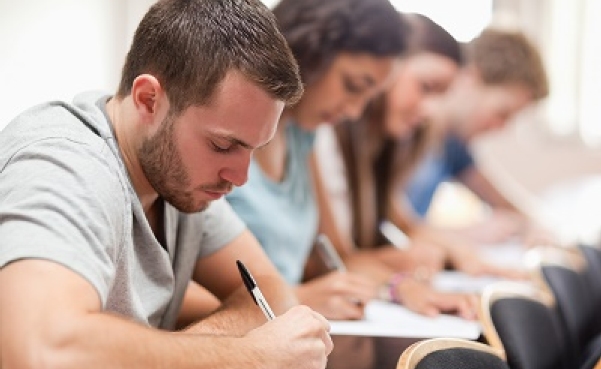 Leigh reviewed research on the effectiveness of programs, noting that many of the newer models for college promise programs – Including many of the free college proposals – haven’t been around long enough for us to know much about them. Some of the oldest programs yielded mixed outcomes, both in terms of effects on K12 continuation and graduation rates and on college attendance and performance. The most encouraging common outcome across is that college promise programs statistically significantly increase college enrollment in their communities, though too many of the programs are still too new to know whether they will also increase persistence and completion. The team at PennAHEAD identified many of the same questions related to equity of program design highlighted by the Education Trust in their report A Promise Fulfilled: A Framework for Equitable Free College Programs. As always, outcomes are highly dependent on choices made in designing programs, including what is covered by the programs (tuition and fees), what isn’t (housing and living expenses), and whether students can use their benefits just at some (usually two-year) institutions or at any state institution.

Dr. Meredith Billings from the University of Georgia then provided a detailed discussion of the Michigan Promise Programs, which was followed by an even closer examination of the Detroit Promise Path by Alyssa Ratledge from MDRC. Michigan has around 20 community-based promise programs called Michigan Promise Zones that were created by legislation in 2009. Dr. Billings reviewed research on nine of them, comparing them to the Kalamazoo Promise, which was established with private philanthropy in 2005. Ratledge detailed work MDRC is spearheading specifically to help states and communities college promise programs to improve their outcomes. Ratledge shared specific outcomes from MDRC’s interim report on the Detroit Promise Path that demonstrated that including student support services into college promise programs has demonstrable effects on student success.

Designing College Promise Programs for Student Success
My highlight of the day was the second panel, which featuring two students who had participated in promise or other similar programs designed to increase college access and completion by lower-income students: Desmond Kirton Jr., Undergraduate Student, Cabrini University and College Possible, and Louis Lin, Undergraduate Student, University of Pennsylvania and Penn First.

The panel was led off by Eileen Divringi from the Federal Reserve Bank of Philadelphia, providing a background to help frame the conversation with the student panelists that followed. Divringi, who is working on a five-year evaluation of Rutgers-Camden’s Bridging the Gap program, reviewed results of her qualitative research, including interviews and focus groups with participants in Bridging the Gap. While quantitative data analysis can show trends to inform what is happening, qualitative research like Divringi’s exemplifies the value of mixed methods by really digging into how and why. Divringi highlighted that while funds provided by college promise programs were essential for many students to be able to enroll at a post-secondary institution, it was frequently not enough to support students until completion. One example she shared highlighted the need for assistance with textbook costs, an issue RPI Research and Policy Associate Alexa Wesley highlighted in Reflections on the 2019 Textbook Affordability Conference.

Both Kirton and Lin were remarkable spokespersons bringing the realities of where the support provided by college promise programs made noticeable differences in their experiences and where they fell short. I’d really recommend you take an hour sometimes (or less if you speed up the play rate on YouTube) to watch the full panel because the students delivered some of the most real rebuttals to conversations that are typically had about student behavior without necessarily including students. The need for program design to consider how our institutions may need to adapt to meet the needs of today’s students, rather than simply telling students how they need to change their lives to fit within the expectations of the program, was the most resounding take-away from the day’s second panel.

Lunch Keynote: Martha Kanter
Martha Kanter, Executive Director of the College Promise Campaign, spoke during lunch. I particularly appreciated her acknowledgment that “free college” is a misnomer because it’s a shift in how states are providing funding for higher education. In some ways, this constitutes how states are reinvesting in higher ed after the 2008 recession, and to the extent that that reinvestment is more targeted to students who most need additional aid, it also raises some concerns about whether programs are being designed to close existing equity gaps.

Creating and Sustaining College Promise Programs
The final panel focused on the sustainability of college promise and free college programs and included representatives from private philanthropy and administrator’s delivering promise programs. I was personally disappointed with how the final panel shifted away from the focus and feel from the earlier presentations. For instance, one of the panelists talked about how research says that students should take as many credits as possible so they complete on time, which seemed a bit out of step with the themes of the morning that were more focused on how institutions may need to adjust to meet students where they are. One of the panelists repeatedly referred to students as “kids” which seemed to indicate a disconnect with the demographics and needs of today’s students. Lauren Walizer from the Center for Law and Social Policy (CLASP) noted how that mindset would inherently limit how well-matched program designs will be for today’s students. According to data from the Bill & Melinda Gates Foundation, nearly half of today’s students are 22 years of age or older.

In the past year, 29 states have introduced 81 pieces of legislation related to free college. Looking at the research behind existing programs and hearing from participants is one of the best ways we can identify which aspects of the programs are most likely to succeed in closing achievement gaps. As we see more interest in free college and college promise programs, keeping grounded in the research will help us ensure we’re investing state and federal aid dollars in evidence-informed ways.